I love doing the first article on the hot bronze age books so much that I am turning it into a series. This is part 2 and about 2 months from the previous article. A couple of news had happened since then and you can see that being reflected in the kind of books that have appeared in this list.

With the screening of the Batman vs Superman movie, it is clearly than ever that Darkseid is coming and as a result, this book has seen a lot of interest. Looking at the 6 month price trend, all grades have seen a strong upward movement. Does this book still have room to grow? The answer is Yes and No.

If the market recognizes this as the more important Darkseid book to get, relative to Jimmy Olsen #134, then yes. The pricing on this is still short of what Iron Man #55 is going for so there is room. However, if the market thinks the former book is THE book to get, then the growth will NOT be similar to IM #55. 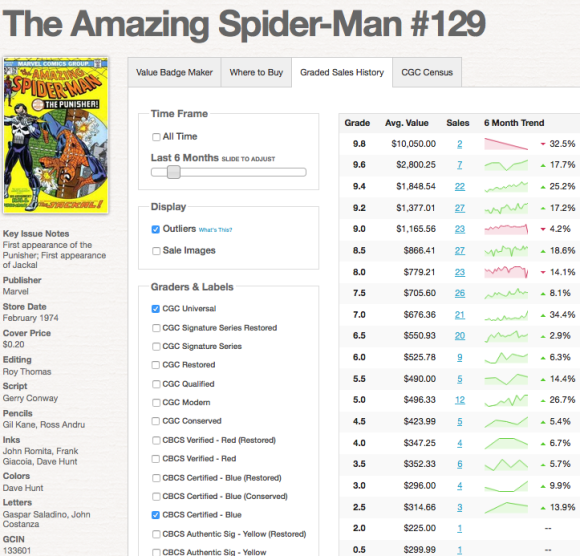 This book was featured in the previous write up where I wrote that the book is still growing, abeit at a slower pace. With a confirmed Punisher TV show, it looks like the book is going to see another growth spur in the next few months. At this growth rate, it has overtaken Giant Sized X-Men #1 so it probably can’t get any hotter than this.

I just wrote about the value of Tomb of Dracula 10 in my previous article. You can read the details there but to summarize, this is a good book to invest now. With the rise of the supernatural MCU and the relative low price that this book is commanding relative to its peers, the potential for a price hike is there. Get it before it becomes another Hero for Hire #1 or Werewolf by Night #32.

With rumor circulating that the next X-Men movie will feature the Dark Phoenix, her first appearance in this book is starting to get some attention. Prices have been slowly creeping up, especially in the higher grades. This is a classic book to own so it is worth getting, movie hype or not. If rumor turns out to be true, then the room to grow for this book is going to be high. 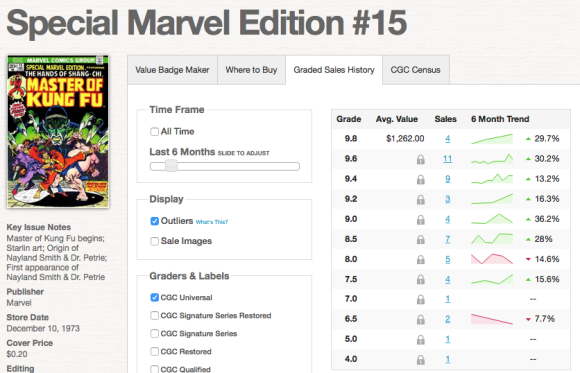 A rumor about Shang-Chi appearing in Iron Fist was all it took for the book to experience multiple sales within weeks. Although the rumor turns out to be unfounded, the interest in the book has been aroused. While prices have soften since the rumor, they are still on an upward trend. When you compared to books like Marvel Premiere #15, there is still room to grow. 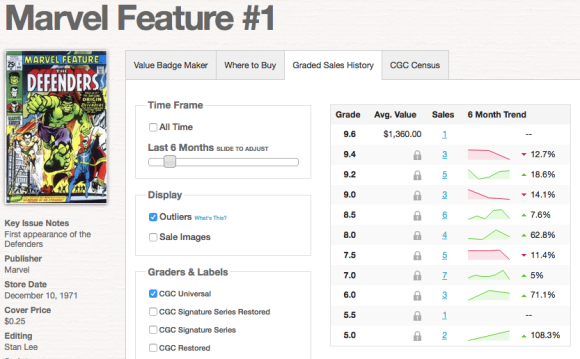 A book that finally is getting its due. Even though the team that is going to appear in the Netflix series is different from the original Defenders team, it didn’t stop the book from appreciating. I predict it will move more aggressively in the coming months as we get the first trailer for the Defenders. One to get is you have not gotten a copy.

There is nothing key about this book except for a cool cover and a meeting between Daredevil and Punisher. The reason why it moved was of course due to Season #2 of Daredevil where the 2 characters square off against each other. How long this book will stay hot is something I can’t say but it has been trending up for a while now. 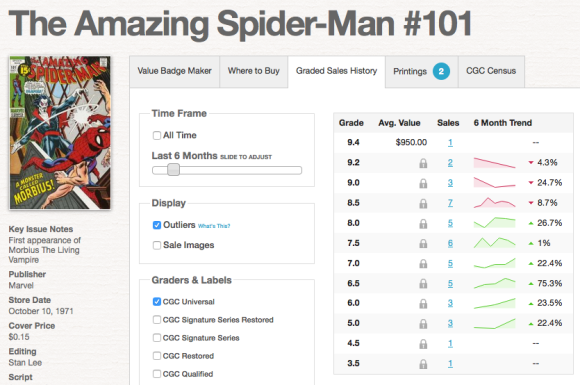 For the same reason that books like Marvel Spotlight #5 and Tomb of Dracula #10 is heating, ASM #101 represents the supernatural side of MCU that is going to be rearing its head pretty soon. The reason this book is behind the other 2 is due to Morbius losing a lot of his 90s popularity as well as the uncertain nature of his appearance since he technically belongs to Sony. Regardless, prices have been steadily going up. One to watch and monitor. 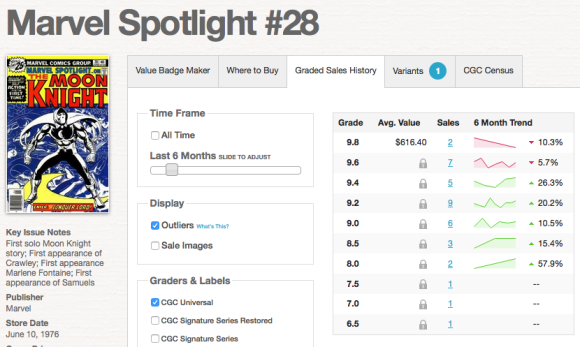 While Moon Knight #1 has slowed its growth, Marvel Spotlight #28 is still going strong. It is probably due to WWBN #32 getting out of reach for most collectors thus forcing some to go for the next best alternative, which is Moon Knight’s first solo. Interesting, his second appearance doesn’t seem to attract as much attention so maybe that is a more undervalued book. 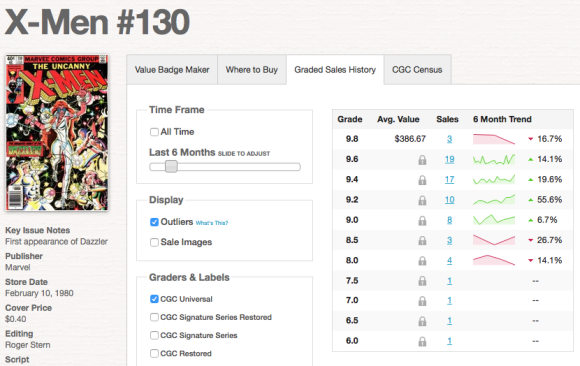 Due to a rumor about Taylor Swift taking up the role of Dazzler, this book got some interest. I don’t think the rumor is true but this is still a great book to have, especially in high grades. I personally think it is a matter of time before Dazzler shows up. If she can generate the same fan interest as Olivia Munn’s Psylocke then this book will see some nice gains.

Other notable hot books include the likes of Doctor Strange #1 and Daredevil #168 which have been featured in the previous update.  From the books featured here, movie and TV news still played a big part in determining comic books’ secondary prices. Love it or hate it, it is what matters now until the market changes its sentiment again.