With the confirmation of a Doc Strange movie, it is time to take a more serious look at the supernatural side of Marvel. GOTG has stirred up speculators’ and collectors’ interest in the first appearances of cosmic characters such as Adam Warlock, Quasar, Nova, 31st Century GOTG team etc al even though they do not have confirmed movie appearances.  I believe the same thing will happen with the Doc Strange movie but with regards to the supernatural side of Marvel.

In fact, this was what Kevin Feige said in a  recent interview:

“We’ve now done the cosmic side with Thor and Avengers and most obviously with Guardians, but there’s a whole other side of the Marvel comics, which is that supernatural side – the interdimensional side of the Marvel universe, and Doctor Strange is, I believe, our entry point into that other realm, which has dozens of characters and storylines all of its own.”

So, with everything lining up, let take a look at some issues and characters that have stirred my personal interest.  I have intentionally avoided the issues that are commonly known such as Tomb of Dracula #10 (first Blade), Marvel Spotlight #12 (first Ghost Rider), Marvel Spotlight #2 (first Werewolf by night). 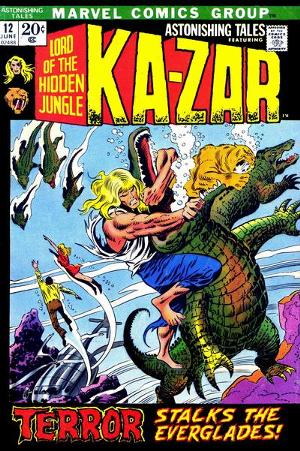 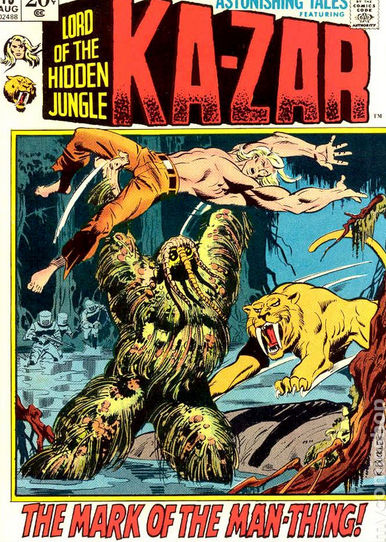 Man Thing has been hinted at during the Agents of Shield TV show. I will not be surprised if he eventually makes it onto the big screen. His first appearance is in Savage Tales #1, which is not a cheap book to get and a rather difficult one to find. For a more affordable alternative, try Astonishing Tales #12 which is Man Thing’s first comic appearance. This is similar to Rocket Racoon’s Hulk 271 appearance. We all know how that book has fared so this might do well. You might also want to get the #13 issue since that is Man Thing’s first cover appearance and should sell well as a set if the character is being used. 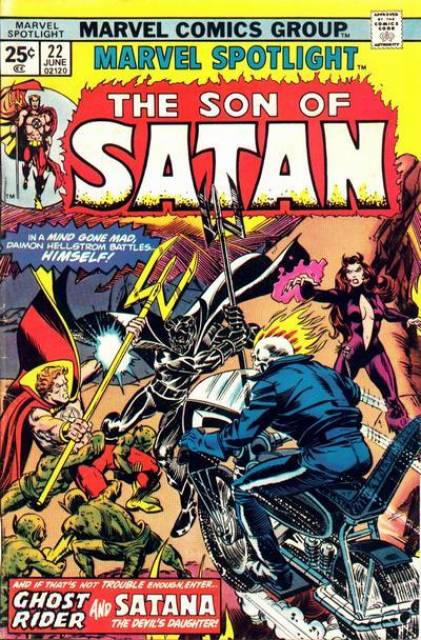 Similar to Man Thing, Satana’s first appearance is in a magazine format called Vampire Tales #2. For those who dislike to collect such formats, this issue here is her first comic book format appearance. I picked Satana because every movie seems to have a female superhero character. Avengers has Black Widow and Scarlet Witch while GOTG has Glamora. For the supernatural side, there isn’t much choice and I think Satana has a better chance than the rest of making a movie appearance.

This is a highly speculative pick, relative to others. Have no doubt, Ghost Rider will eventually be in the movies. He is too popular not to. His first appearance is in the classic Marvel Spotlight #5 which is a rather pricy book in better grades.

However, there is a chance that Marve might pick Danny Ketch over Johnny Blaze to wipe the slant clean from the previous 2 Ghost Rider movies. If that happens, this is the book you want to get as it features the first appearance of Danny Ketch as Ghost Rider. This book is commonly printed so look for the newsstand and the burning skull head variant (see image above) which are tougher to get.

I am going against CGC in this pick. For those who have the graded Ghost Rider Vol 1, #2, CGC has labeled it as Son of Satan’s first full appearance. However, that is not correct and the following screenshot shows you the kind of appearance that the character made in the Ghost Rider issue. 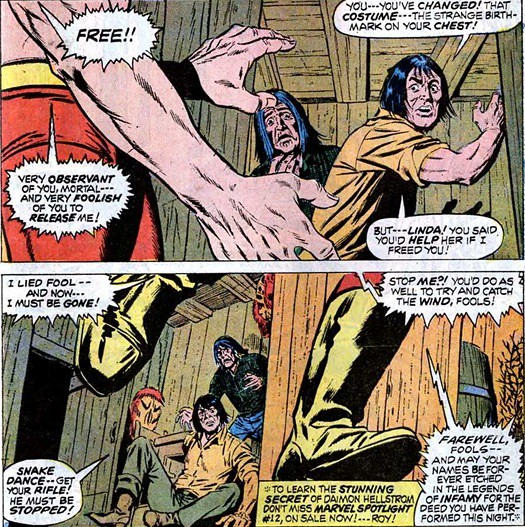 I dunno about you but I don’t think this qualifies as a full appearance. Hence, I am going against CGC here by saying you should aim for Marvel Spotlight #12 instead.

I pick this character as he was once rather popular during the 90s. If you checked the Wizard’s top ten, this issue actually appeared in some of the lists.

This one should be in your collection long time ago when the Doc Strange movie was first rumored. If you have not bought in, be prepared to pay a premium as prices have trend upwards since last year. Fortunately, I think it still has some room for growth if the character is featured in the movie so I would recommend picking it up if you have not.

And that is for this article. There are other supernatural characters such as “Living Mummy”, “Frankenstein” and “Frankenstein’s Monster” which I think are too obscure even for me.