Here is a list of Deviant first appearances that might have investment potential. Since the upcoming 2020 Eternals movie does not seem to feature any Deviants, their first appearance issues are still relatively cheap.

How risky is this speculation depends on how you view the Eternals’ franchise. If you think it is a one off, then don’t buy anything on this page. However, if you think this will be a trilogy, then Deviants appearing on screen is a matter of time. Deviants are the other side of the Eternals’ mythology and will bound to make an impact in the MCU eventually.

To add fuel to the Deviants speculation, there were rumors of Namor in the MCU due to the mention of an underwater earthquake in Endgame. However, it is interesting to note that the Deviant has an underwater city called the city of Lemuira. For the longest time, Deviant was the occupant of this city. 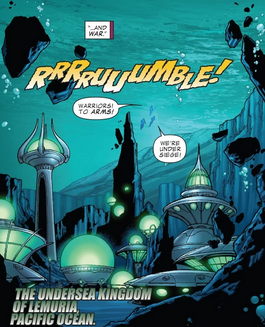 Regardless of how you think of Deviants, most of the books recommended here are dollar bin folders.  You can spend $10 and get most of the issues mentioned. If they don’t pan out, you lose $10. If they do, you will have another valuable first appearance book in your collection.

However, this is not a comprehensive list of Deviant first appearances. I only list out the major Deviant characters that I think has potential. The image below is actually not a bad representation of who are the more significant deviants so i will start with this. 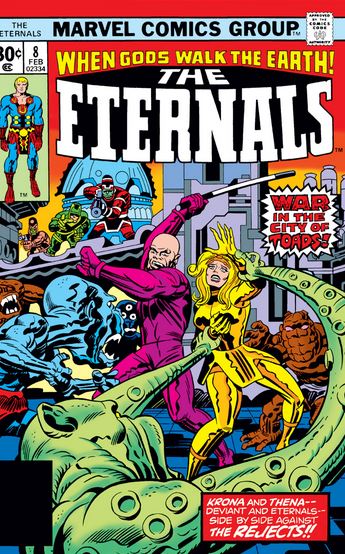 Karkas is one of my favorite Deviants, along with Ransak (number 8 above) who also appeared in the same issue.

In my initial Eternals key issues article, I highlighted this book because I see the duo as the Groot and Rocket equivalent for the Eternals. They have had more appearances than any other Deviants so I would see them as the best Deviant investments.

Currently, their prices at VF to NM grades are around $15 and under. This represents at least a 5X price potential. Blackwulf is a typical 90s character, with pouches and all. He even got his own 12 issue mini series!

Unfortunately, after this initial series, he seldom appeared in any other comics. But hey, we have seen characters even more obscure, appearing in the MCU (Starforce anyone) so it is tough to say if he will be used.

However, you can find this in dollar bins so they wouldn’t cost you anything even if nothing comes about.

Ghaur is one of the more prominent Deviant villains due to a 80s event story dealing with Set and the Serpent Crowd. He first appear in Vol 2, #2 which hasn’t seen any strong increase in prices yet.

He probably has the best cover appearance among all the Deviants listed here, highlighting how important the creative team feels about this character.

We think we can all agree that this book is no longer undervalued. I hope you guys have stocked up on this when it was only a couple of dollars at the time I was writing about it.

Kor is one of the major Deviant leader and will surely be an important character if the Deviants made it to the big screen. A pity he shares the first appearance as the Eternals. 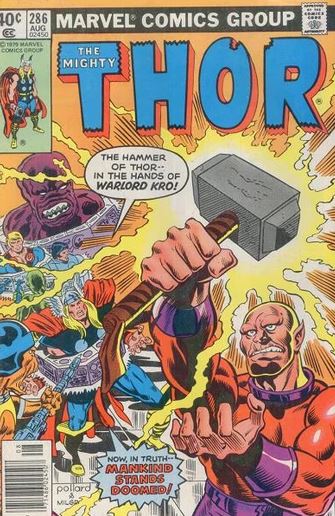 Very minor character but it is again, a dollar bin spec. In total, she appeared in less than 5 issues.

However, she is part of Delta force, which is a Deviant based team being introduced in the 90s Avengers book (issue #370). 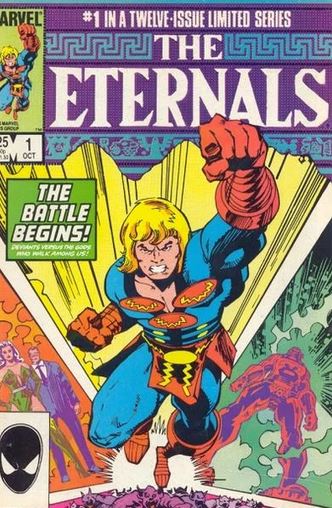 I am not sure if Karygmax is the character in the image above but it is the closest one I can match to. Karygmax is a priest type of character similar to Ghaur but much less well known. I wouldn’t buy this book for Karygmax.

Fortunately, this book also contains the first appearance of Phastos, an Eternal that has appeared in subsequent stories. In such cases, $1 is a worthwhile bet.

This variant cover is a common image used in lots of articles online. It actually contains the first appearance of Kra. This Deviant was introduced during the Neil Gaiman story line but unfortunately did not have additional appearance afterwards. 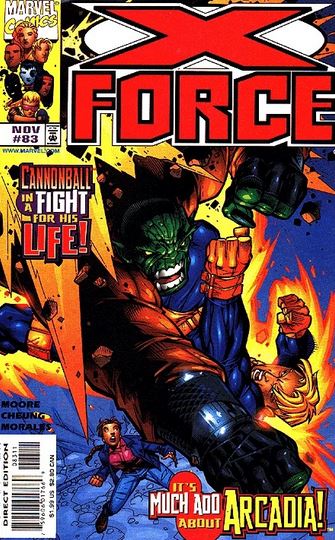 Odysseus is the founder of the Damocles Foundation, which is an organization comprise of both Eternals and Deviants to achieve world peace through total world domination.

He made an earlier cameo appearance in #82 but his full is in #83. Again dollar bin folder.

The good news is this book also contains first appearance of 3 other Deviant characters. One is called Ulysses Dragonblood (this is the guy on the cover), while the other two are called Arcadia DeVille and Argos the Hunter. All are bottom feeders.

Besides these 9 characters, there is one more which I feel deserve a highlight. 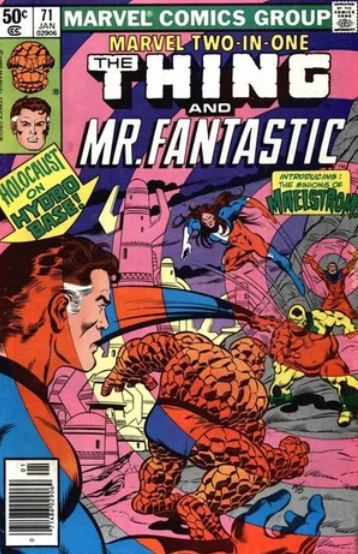 Maelstorm has more appearances than many of the characters listed here. Among the many villains here, Maelstorm is probably one of the most threatening. It is also interesting to note that he has ventured into the cosmic side of Marvel and has a hand in Thano’s resurrection.

Compared to the Eternals, Deviants are even more obscure but it is hard to imagine having the former without the latter. If you have missed the Eternals run up, here is a second chance to ride on this Franchise’s hype. No doubt, they are highly speculative but their cheap prices mean you don’t lose much.

One thought on “Deviants first appearance to invest in”

This week saw a 30% jump in the number of units being sold. In total, 136 newsstand comics published after 1997 were sold. I believe a big reason was the Marvel investor day presentation, which lead to new speculation as well as renewed heat on known keys. Star Wars comics sold especially well this week. […]

The first week of December manages to maintain the sales volume of previous week with a total of 104 units being sold (last week was 106 units). The purchase were spread pretty nicely over the different price categories instead of lumping under the cheap buys. This is a always an encouraging sign for the growing […]