2014 was a great year for comic investing. Personally, I managed to turn my losses in 2013 around and is now in the green. Go me!

Industry wise, we saw Marvel and DC announcing their 5 year movie slant that caused quite a few comics to shoot up in prices. In particular, FF #45 and #52 lead the charge, followed by FF #46 and #36. Other notable issues include New Mutants #98 and Batman Adventures #12. Small price hikes include the likes of DC Comics Presents #26, Tales of Teen Titans #44, Legends #3, Firestorm #1, Swamp Thing #35, among others.

Going into 2015 as I am sure there will be more movie/tv hype to boast the value of back issues. The key question is whether there are still undervalued books out there. My answer is a affirmative yes and this article will highlight a couple of the best bronze age comics. If you have read my undervalued bronze age #1 article, you will see that I am quite accurate in these things 🙂

I have stated previously on why Marvel supernatural characters will be one of the bigger news maker in the coming months/years as the Doctor Strange movie takes hold and opens up this side of Marvel. In that same article, I have already recommended this issue but 6 months after, my belief in this book is even stronger for 2 reasons:

This is again a book I recommended before in my article on undervalued Guardians of the Galaxy key issues. That was wayyy back in April and prices of this book has increased since then. I bought my first copy at the price of $15 for a VF condition book. Now, it is easily a $50 book. I am glad I bought 5 copies so early 🙂

Editor’s note: In that same article, another recommendation (Nova 8) has also seen some price increases. I bought 6 copies for $39 and sold 5 of them for $100. Not a big return but enough to make my 6th copy free for my collection 🙂

Back to Starhawk. Since that article, there was been more clues dropped by Marvel. An obvious one is this image from the GOTG DVD. See Starhawk over there? It might not mean anything but at least we know the Director likes this character enough to put him inside.

Remember the picture below? It was a art concept for Valkyrie in Thor 2. They never did used it but it meant that Marvel has actually considered putting her in the movie. I don’t know about you but that to me is a worthwhile bet that she might still appear in Thor #3.

For the sake of the 10 copies that I bought when I wrote this article on Defenders key issues, I hope I am right 🙂 Here is a sampling of my hoard. 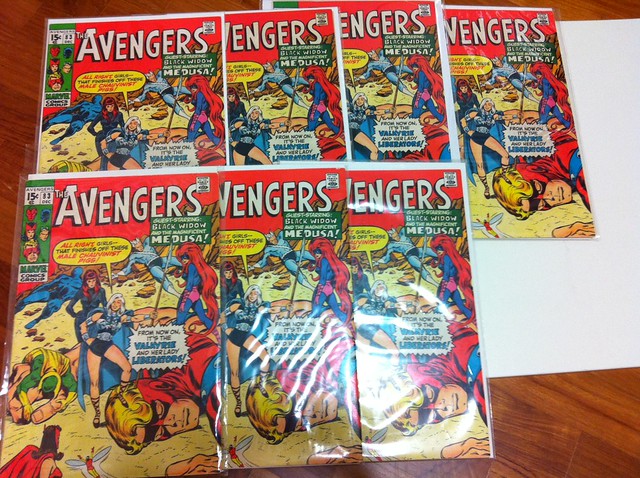 Adam Warlock key issues got hot during the GOTG movie period, died down and is now hot again. This means there is still time to get your hands on this key issue where Him transform into the Adam Warlock we love today. Make no doubt. The importance of MP #1 is similar to Tales of Teen Titans #44 where Robin becomes Nightwing. In fact, it is even more important as Adam Warlock gains not only a new costume but new powers and personality.

The black cover makes it tough to get this in high grade so it is definitely limited in supply in that condition.

Darkseid is no Thanos but my analysis in this article on their key issue prices showed that there is still room for growth with Forever People #1. Currently, Darkseid has not been formerly announced but it is a no brainer that he will be the villain for the Justice League movie. You have seen what happened to Iron Man #55. Even if this reaches half of that book’s value, it will still be a solid investment.

See my small hoard below 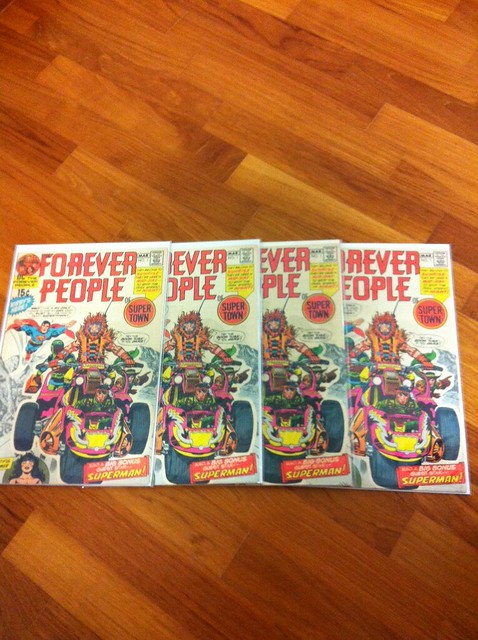